Declaring the End from the Beginning

3.7. Laodicea: [Doctrine of Prosperity | Jehovah Witnesses] (Rev.3:14-22)
In this category we find most of the so-called “Mega Churches”, where they preach and follow the Prosperity doctrine; as well as the “Jehovah's Witnesses”, who identify themselves as the Laodicean congregation. Among these believers are the Christians of the last period of human history, who will be present for the last three and a half years on earth, who can only enter the Kingdom of Yahweh through death, after refusing to take the Mark of the Beast.

Revelation 3:14-22 [Saturn] (End Times) {Last Plagues | 2nd Half}
“And to the angel of the congregation of the Laodiceans [“Justice of the People”] write,
‘These things says the Amein [Truly/End of Prayer], the Faithful and True Witness, the Beginning of the creation of Elohim: “I know your works, that you are neither cold nor hot. I could wish you were cold or hot. So then, because you are lukewarm, and neither cold nor hot, I will vomit you out of My mouth. Because you say, ‘I am rich, have become wealthy, and have need of nothing’—and do not know that you are wretched, miserable, poor, blind, and naked— I counsel you to buy from Me gold [Kingdom] refined in the fire [Test/Death], that you may be rich [Spiritually]; and white garments [New Body without Sin], that you may be clothed [Resurrect], that the shame of your nakedness may not be revealed; and anoint your eyes with eye salve [Spirit of Truth], that you may see [Understand]. As many as I love, I rebuke and chasten. Therefore be zealous and repent. Behold, I stand at the door and knock. If anyone hears My voice and opens the door, I will come in to him and dine with him, and he with Me. To him who overcomes I will grant to sit with Me on My throne, as I also overcame and sat down with My Father on His throne. “He who has an ear, let him hear what the Spirit says to the congregations.” ’ ”

The definition of the name of this church can be interpreted in two ways, one negative and one positive. Negatively, it can be understood as the fact that those who belong to this doctrine considered themselves as righteous, not because they are, but because their doctrine and understanding is so twisted that they cannot recognize what true justice is, calling evil good, and good evil (Is.5:20); therefore, in this congregation are found those who hide behind the Justice of the world and not the Justice of Yahweh. Regarding the positive aspect, the meaning refers to the last three and a half years, in which Yahweh will execute his Justice in the world, against all the rebellious nations; therefore, the “Justice of the People” will finally be established, in the same way that those who are part of this congregation will only be able to enter the kingdom of Yahweh through Justification and not Salvation, so after being justified they will be part of the people of the nation.

There are two important connections between Laodicea and Saturn, which is the light that represents this congregation. First, in Hebrew the planet is called Shabatai, so it is related to the 7th day, called the Shabbat; reason why in Spanish the day is called “Sábado”, while in English is Saturday (Saturn Day), which shows us how during the second half of the last 7 years, the time represented by this kehila, is when the true Shabbat will officially begin, which is the 7th millennium of human history, since for Yahweh one day is like a thousand years (Ps.90:4, 2Pe.3:8, Rev.20:2). On the other hand, Saturn is a luminary that in a negative sense represents Kronos, the god of time, also known as Satan (Samael), which reveals that it will be during this period that the time of the current world will end (Rev.10:6), besides showing Laodicea's connection with the Enemy. For this reason, everything related to this congregation is simply an illusion, just like the Adversary, since they think they are rich, without understanding that they are wretched, miserable, poor, blind and naked, in the same way as one of the meanings of the name “Samael” is “the blind god”, which means that Samael is the true elohim of those who belong to this kehila, who are spiritually blind, just like the elohim they worship.

Notice how the letter to Laodicea refers to the two extremes of time; first, when Mashiach is identified as the “Amein”, the word used at the End of the prayers; while later he declares to be the Beginning of creation, in contrast to Kronos, the false elohim who is revered as the creator of time and hence of the beginning itself. In this way, Yahushúa unmasks the enemy who pretends to be the Creator before those who praise him as such; who worship creation instead of the Creator (Rm.1:25).

As mentioned in the previous section, unlike the previous Congregations that represent the feasts of Yahweh that are still to be fulfilled, Laodicea represents the Last 7 Plagues that will manifest after the 4 assemblies are fulfilled, which happens at the 7th Trumpet during the feast of Shemini Atzeret, so the period represented by this congregation is that of the Bowls of Yahweh's wrath, which is why the Almighty vomits those who are part of this congregation and will therefore be on earth at that time, to be punished for their rebellion. This is also the reason why Yahushua mentioned being the Beginning of creation, since he is speaking to the congregation that will be present during the end of this creation.

This congregation is the one that acts most indifferently towards sin, that is why Mashiach declares in this, the last book of Scripture, “I stand at the door and knock. If anyone hears My voice and opens the door, I will come in to him and dine with him, and he with Me.”; in contrast to the first book of the Torah, where Elohim declares that “Sin lies at the door. And its desire is for you” (Gn. 4:7). This reveals how Yahushua comes to us to rectify everything in our life, as well as to rectify creation itself, from the sin of Adam and that of Cain, when killing his brother Hevel, time in which the Creator revealed the way in which sin acts. In the previous quotes you can see how the Messiah behaves respectfully towards the free will of each person, since he simply knocks on the door to announce that he is available to enter our heart and fill us with abundance of life, through his spirit, to consequently take us to the Father; while on the other hand, we can observe how Sin is at the door like a stalker, waiting for the door to open just a little, to attack the person, enslaving and finally leading to death.

The characteristics of this kehila also describe those people who get carried away by appearances, which is why they seek physical evidence to believe, since they can only see the material, being spiritually blind, therefore falling into error, in the same way that Samael is the Malak in charge of everything that is material and carnal, since he himself is blind. They are people who consider themselves pure without having stopped practicing sin, who do evil thinking they are doing good, in the same way as those who have their faith in falsehood, because of doctrines of demons taught in the churches they believe to be blessed for having material possessions, which actually makes them spiritually poor, thinking that the fruits of following the Almighty are earthly riches, not understanding the spiritual realm, since they are trapped in the illusion of money.

This description also refers to those who believe they know everything already and their pride doesn’t allow them to learn anything new, those who seek the blessing but not the one who blesses, so their apparent blessings will become curses that will lead them to perdition. Furthermore, they think that the knowledge of the true Name of the Father and the Son does not matter at all, so Yahweh commands them to repent and be jealous. (Éx.34:14)

In Scripture, the god Saturn is called Chiun or Remphan, depending on the translation. Among the prophets, Amos reveals to us that Yahweh was angry at the people of Yisrael for having abandoned him to go after idols, worshiping Moloch and Chiun.

Amos 5:26
But ye have borne the tabernacle of your Moloch and Chiun (Saturn) your images, the star of your god, which ye made to yourselves.

Without a doubt, this is a very revealing verse and its explanation is the subject of the 4th book, but in summary, Yahweh is telling us that the people, after being redeemed from slavery in Egypt, were not carrying with them the presence of the Eternal Elohim, but the spirit that inhabited the Mishkan (“Tabernacle”) was actually that of Moloch and Chiun (Heilel and Samael), like the two Kerubim that covered the ark of the covenant, where the two tablets were with the spiritual and physical commandments. It is for this reason that they created the Hexagram (✡), which is composed of two triangles: one that ascends and one that descends, to represent the celestial (2nd Heaven) and the earthly, which in turn is controlled by one of these two entities. This star is composed of 6 sides, 6 lines and 6 angles of 60º, a symbol in which we find the number 666 and that functions as an image to worship the three manifestations of Satan, through the union of the two triangles that represent Samael (Flesh) [▽] and Heilel (Spirit) [△], while the union of both triangles is connected with Azazel (Soul) [✡]; hence, the Jewish star represents the False-Messiah.

The star that is on Israel’s flag is a satanic symbol that King David never used, even though today it is called the “Star of David”. On the other hand, Solomon, who turned away from Yahweh to worship idols, made use of this symbol once he had turned away from the truth, since it was included in most of the information that Solomon wrote regarding the control of demons through different methods, which is why even today this talisman is used by sorcerers and witches to put spells on people; reason why the word Hex, from Hexagram (✡), is used to refer to curses. It is sad that many Christians also use the star thinking that it is something positive, not understanding that it is a symbol of evil and not knowing the reason why Jews use it, which is why Yahweh refers to them in the previous message as the Synagogue of Satan.

Acts 7:42-43
Then Yahweh turned, and gave them up to worship the host of heaven; as it is written in the book of the prophets, O ye house of Yisrael, have ye offered to me slain beasts and sacrifices by the space of forty years in the wilderness?
Yea, ye took up the tabernacle of Moloch [Heilel], and the star of your god Remphan [Samael], figures which ye made to worship them: and I will carry you away beyond Babylon.

The verse of Amos, which is also quoted in Acts, reveals to us that the Laodicean congregation is connected with the false elohim mentioned in the verse; coupled with the fact that this kehila, like Yisrael, has moved away from the true Elohim, to end up worshiping Chiun (Satan, Samael, Saturn, Kronos) through images, symbols and false doctrines, without being able to recognize who they truly worship, for they are blind. 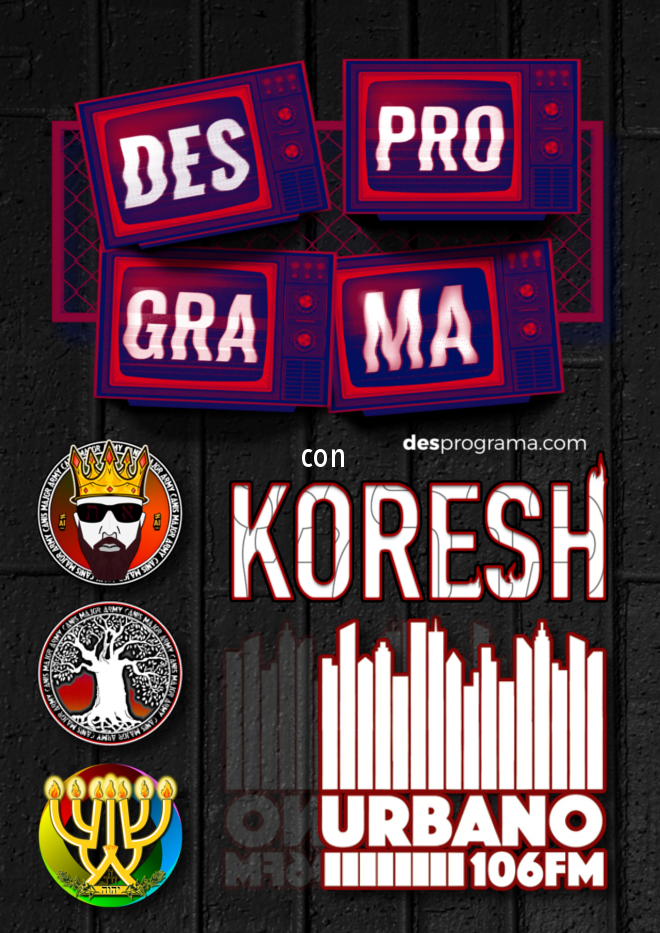