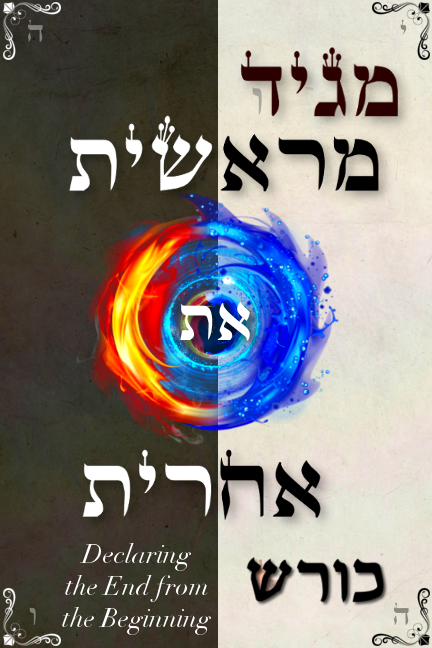 The work that you are about to read, began as an explanation of the book of Revelation, however, in order to understand this mysterious revelation correctly, it is necessary to understand a series of symbols, mirrors, prophecies, interpretations, events and teachings, which are found throughout the different writings that comprise the TaNaKh (“Old Testament”) and Brit HaChadasha (“New Testament”), in order to discover the parallels that are observed from the beginning of human history and relate them to the end, which is the reason why it became a detailed exposition of various topics of great importance that will lead us to a correct understanding of the “Book of Revelation”, since there is a large number of false doctrines concerning the end, based on erroneous interpretations of the Apocalypse and other texts of Scripture that describe the last days before redemption, including most doctrines generally accepted by the Christian and Jewish religion, therefore some of the conclusions I will present in the next chapters, all supported by the Scriptures, will be very different from those commonly taught by pastors and rabbis.

In order to give a clear order and facilitate the reader’s understanding, each chapter of this book is based on one of the Revelation, in line with what Yahujanan (“John”) wrote, to make it easier to delve into the different topics related to what has been described, except for this introduction and chapter 23, which is a summary of the eschatological interpretations of the Book of Daniel, so that once we reach the understanding of the Apocalypse, we can automatically have a deeper understanding of what is written by the Prophet Daniel.

It is very important to read this book with the Scriptures in hand, since although a large number of verses will be presented as foundations, in order to give a correct interpretation or translation as the case may be, there are many references that will be presented throughout the text, so it would be valuable to read each one in your own Scripture, whatever translation you may have at hand, for this will help identify some of the many errors in today’s translations and will help you to scrutinize it in a better way. This will make you able to dissect and digest each verse according to the spiritual symbols given by the Almighty throughout it. In addition, to help the reader, the author uses square brackets in the verses, depending on the subject or interpretation in question, which is another reason why it is useful to have the Scripture beside you, so that there is no type of confusion when reading each verse.

Another relevant point is that unfortunately today there is a great variety of translations of Scriptures, of which most were created with the purpose of making sales, instead of preaching the Good News of the Kingdom, which has caused great confusion, creating many lies as if they were irrefutable truths, simply by having a translation may say something different from what the Scripture originally said. On the other hand, even more common and dangerous among these modern translations, is that they have come to accept false titles and names to refer to the Almighty and his Son, when the Father specifically commanded us among his commandments, not to turn his Name into something vain, as they did when they decided to change it, instead He told us to keep it pure for all generations and invoke it for salvation, plus ordering not to even pronounce the names of false elohim (“gods”) with our mouths (Ex.3:15, 20:7, 23:13, Dt.5:11, Is.64:7, Jl.2:32, Ac.2:21, Rm.10:13). Since this is a very important issue, beyond what the average reader of Scripture may understand, it will be explained in a second volume, which will also support what is described in this first one, as a confirmation of everything exposed here, while at the same time expounding a series of new revelations.

A concordance will also be used, to show the meaning of some words in Hebrew and thus understand the original message of Scriptures, in order to improve its understanding in the future, without being confused with the diversity of bad translations that exist, in order to be able to discard the bad and take the good, as the Spirit commands us. (Is.7:15, 1Ts.5:21)

As the name implies, “Declaring the End from the Beginning” is a book in which we will study the end times, based on everything the Spirit wrote through the Servants of the Almighty from the beginning of human history, what has already been accomplished and what is prophesied to be fulfilled at this time; that is, the Revelation will be explained from the Genesis.